As we grow up, we mature with age, and with experience, we adapt and learn new things. Though, there are some things that life makes you learn in harsh ways. Sometimes life can be brutal. In its own way to try to make you learn a lesson, life puts you down. The harshest way I’ve come across, as has everyone else, is love.

It feels not just harsh, but rather sinister to use love as a tool to make someone learn something. To make someone fall in love. To have their belief system completely engulfed by this feeling of trust, passion, and happiness, only to take it away in a manner where one feels lost, paranoid, and astonished. How could something that you devoted so much of yourself to, be ripped away from you like that. Well, that’s life.

But sometimes it happens, that the only tool to make you learn a hard lesson, is love. The funny thing is, you’d think that when you put someone through such pain and discomfort, they’d learn their lesson. Turns out, some do, but many people have to go through the process over and over again to come to the point where they finally realize the things they’re supposed to do and become better, for themselves, in their own lives.

The main thing which I wanted to touch on was how we fool ourselves into falling in love. It’s not necessarily the fault of the other person, but rather our own perception of reality which we tend to make an illusion out of. Not trying to gaslight you here, hear me out. 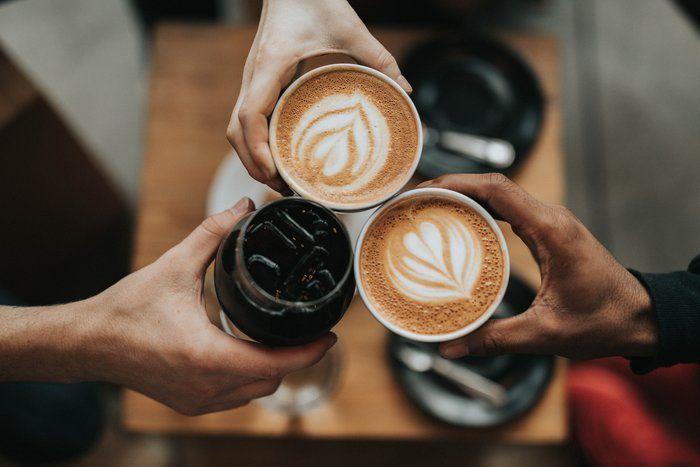 Love means something different to every one of us. The concept holistically is the same, but everyone has their own way to love someone. Just like every person’s mind is different, their thought process is different as well. What happens at times is how we tend to perceive what the other person is, which they are not. Being in the honeymoon phase of a relationship, one tends to overlook quite easily, all the red flags that might come across. It is not even necessary that these might be big red flags. What I’m trying to put together is, that these red flags are deviations. Deviations from the made up thought in your head, against the persona of this person that you’ve built up in your brain.

A Hercules or Aphrodite. That’s what we tend to have put in our heads. An image or vision – Rather an idea of someone. Who they are not exactly. They are almost exactly like that but slightly deviated from that ‘idea’ that you’ve built up in your head.

You’re not in love with that person. Well, you are. But more importantly, you realize that you’re in love with the ‘idea’ of who that person is, or that person could become. Only slowly and gradually you realize that this isn’t the exact person that you thought they were, and then you fight over expectations that shouldn’t have been there in the first place; Some unrealistic expectations. You badger them for things, and yes, sometimes it is their fault, but sometimes also, you are just chasing an ‘idea’ of who they are.

Learning this, at any point in time in a relationship (any relationship), could act as a course corrector, or a deal-breaker. Regardless, it is very important to ask yourself this valid question: “Am I in love with this person, or the idea of what this person is to me”. After all, it’s only your love and attention which makes them special to you. It’s as simple as that; They would’ve meant nothing to you, had you not loved them.

The 5 Best Language Learning Apps for 2022

Pakistan’s Dependence on Foreign Aid is Becoming a Serious Concern

10 Simple Ways to Add Hygge to Your Life: Activities, Decor, Food, and Much More!