Reason for casting Priyanka: Did Bvlgari run out of money after they hired Anne & Zendaya? 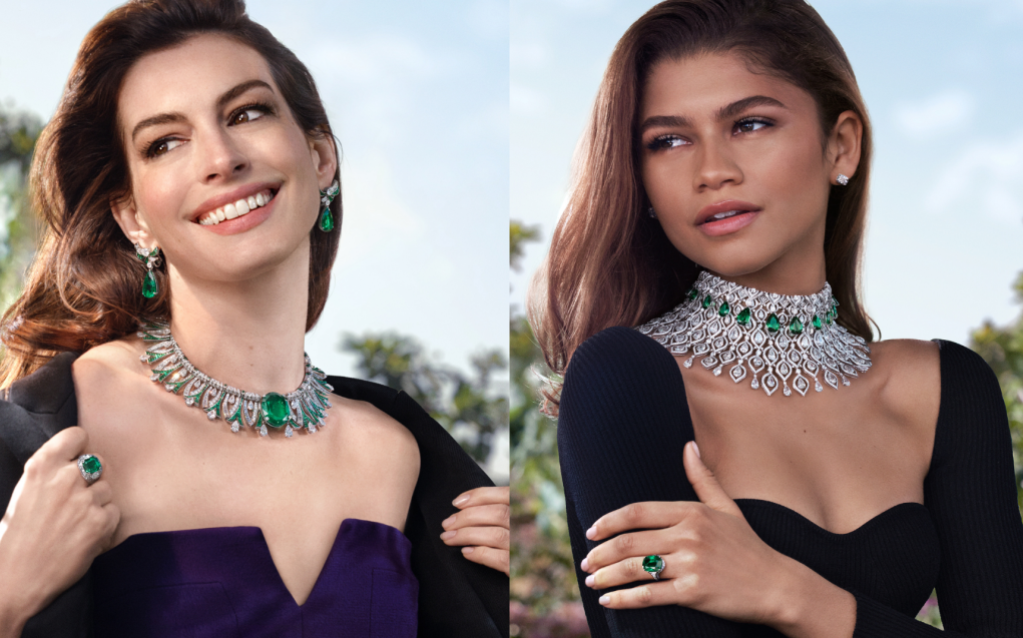 Wasn’t this the talk of the town? It’s been a while since such high end jewelry brands have made the spotlight in the media. Well obviously they don’t need to, since their target market isn’t sitting on their beds scattered in breadcrumbs. No. Their target market is people who are going for golf early in the morning and attending some high end auction at night.

Fergie said it best in her song ‘Glamorous’’, and that’s what Bvlgari’s customer base is all about: “If you ain’t got no money take your broke as home”

But as we all know, every brand needs to have a social media presence, and Bvlgari decided to do what they do best; Make it Glamorous.

Starting off their campaign on instagram, Bvlgari decided to go with people who are simply synonymous with the glamorous world; Anne Hathaway & Zendeya.

Yes, Anne Hathaway, the living breathing aphrodite herself. The star of The Princes Diaries & The Devil Wears Prada, was the perfect pick for Bvlgari to bring their campaign into the spotlight. She did an absolute marvelous job on the campaign and didn’t disappoint, as she never does.

With Zendeya they were able to fully capture their target market and roped in the younger demographic as well. Not saying Anne is old, that would be blasphemy! But both of them together, what a combo.

One thing which irked us a bit was though, how they decided to further expand their demographics into India by bringing in Priyanka Chopra. Their campaign was wonderful and glamorous, until they put her post out. Pakistani’s aren’t a fan of Priyanka anymore, ever since the fiasco of her putting down a girl who commented on her being the UN ambassador for peace and provoking India and Pakistan to go to war. It was how she did it that mattered, which was with pure and utter arrogance.

Apart from that, Priyanka simply doesn’t stand in the same position as Anne Hathaway and Zendeya do. Maybe if they chose Ashwariya, it would’ve been justified, But Priyanka is just not on the same level. Maybe they got a cheap deal with her, obviously as India has always provided cheap labor to the world.

So, Bvlgari almost had it right. But then again, they wanted people to talk about their campaign, and we most certainly did notice the branching out from Anne & Zendaya to Priyanka. Did we appreciate it? Well, as Imran Khan says it best, ‘ Absolutely Not’.