The world’s second highest mountain. An area which you can call the peak of the world. Basically, THE HIGHEST POINT OF PLANET EARTH.

Samina Baig and Naila Kiani, have become the first Pakistani females to scale the world’s second-highest mountain at 8611m, K2.

An achievement unlike any other, a journey not even a handful have taken. Samina & Naila reached the summit of K2, Pakistan’s highest peak at 7:42 am on Friday.

The journey to the top is a hard one. If you want to see it, look at it here:

Mountaineers always aim to push for the summit at night. It sounds absurd, doesn’t it? Well, for the higher altitudes the snow becomes soft during the day. This makes it harder to climb and traverse. During the night, the snow becomes stiff and mountaineering boots with spikes can properly hook onto the ground. This helps in getting a better grip.

Several mountaineers, including Abdul Josh of Hunza, had to abort their plans however most were determined and eager to go for the summit once things were cleared.

Naila Kiani, Samina Baig, Wajid Nagri, Steffi Troguet, Sirbaz Ali, and Kristin Harlia waited at night for ropes to be fixed and the weather to get better. As they waited at night and the conditions became somewhat favorable to be able to take the risk on your life and of moving ahead to reach the 8611 meters they set out to climb.

This picture was taken by Pir Faraz Ali from K2 base camp. 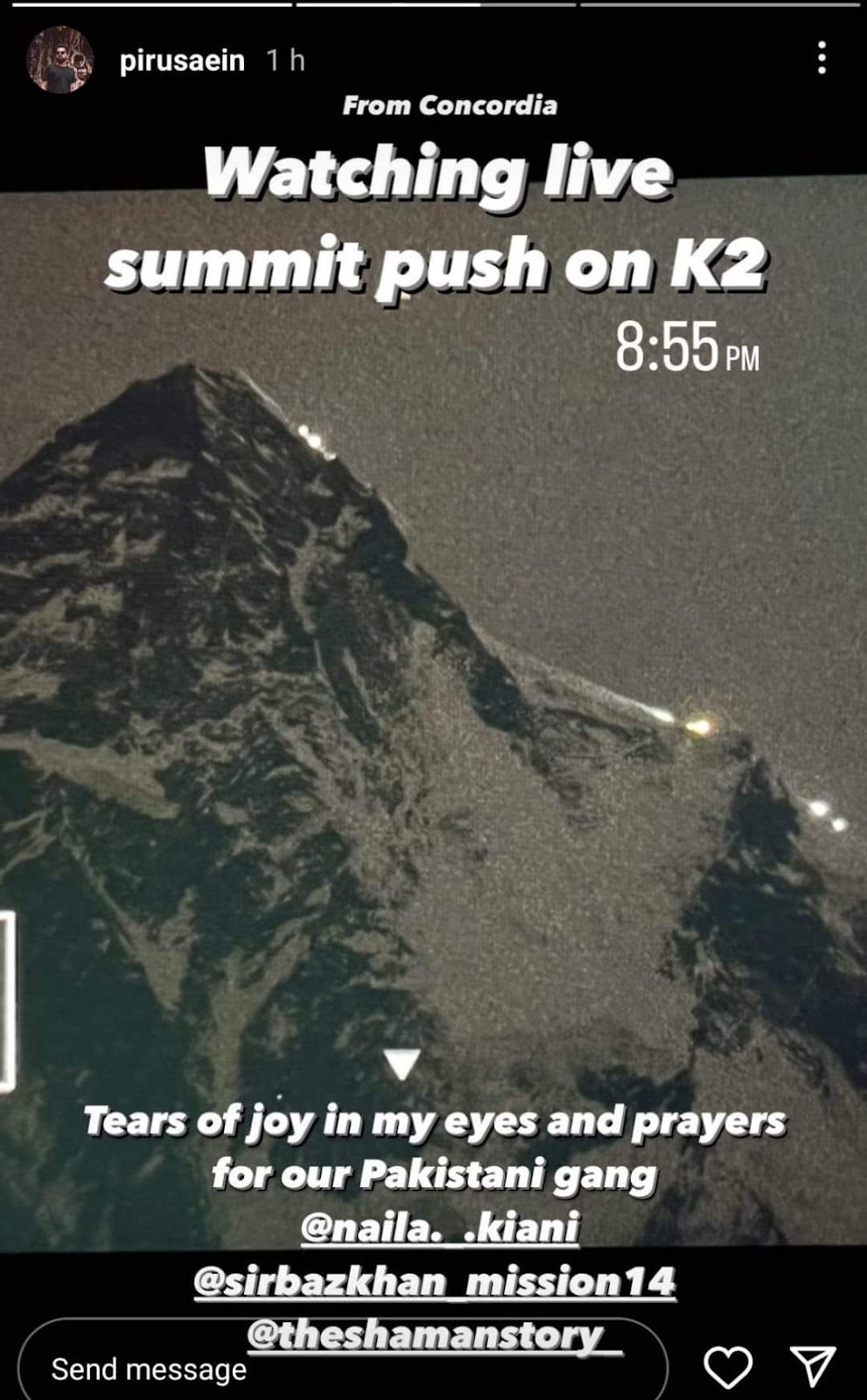 It gives you goosebumps, to see these people at 8:55PM at night pushing for the summit. There is no comparison to the immense courage and effort that is needed to make this happen and keep your grit in check. Only an ironclad mind would be able to sustain the pressure which is needed to make this fiction a reality.