In a latest on the entertainment news, Alia Bhatt announced that she is expecting a baby with Ranbir Kapoor on her social media.

The Highway actress posted a cute picture where she wrote” Our baby coming soon.” In the picture, herself and Ranbir are shown sharing a cute moment looking at the ultrasound image image of the baby.  Always a very special moment for parents.

Alia bhatt, who has a whopping 67 million followers on her instagram, has Gal Gadot as one of her followers too.

Reacting to Alia’s post, the Wonder Woman star joined several celebrities who congratulated the couple on the celebratory moment. 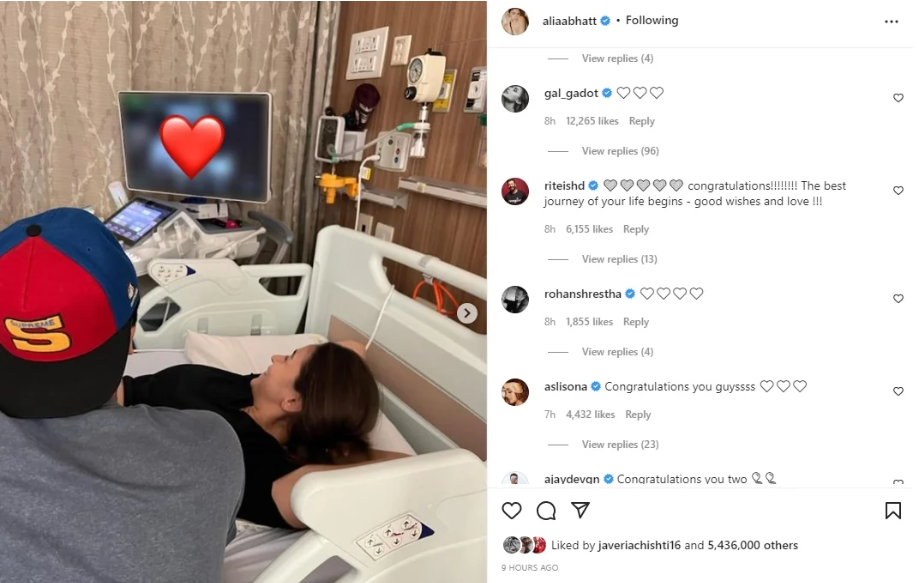 Alia and Gal are to be seen together for the first time in a Tom Harper film, Heart of Stone. It will also mark Alia’s official entry into Hollywood.
The film also stars star of Fifty shades of Grey, Jamie Dornan. The film is set to be released on Netflix and is anticipated throughout the subcontinent.