The multi Grammy winner singer, Justin Bieber has shocked his fans as he postponed his tour with the reason being a disease which has caused him slight face paralysis. The singer is suffering from Ramsay Hunt syndrome, he said in a video he posted Friday on Instagram. The syndrome causes facial paralysis and affects nerves in the face.

Bieber was scheduled to perform in Toronto and Washington, but that seems impossible with the current ailment the singer has to go through, which he called ‘pretty serious’.

The Ramsay Hunt syndrome is a disease which is more common in people who are over the age of 60. The syndrome is caused by the same virus which causes chickenpox in children and shingles (herpes zoster) in adults. The syndrome is usually effectively treated, but some people may have permanent facial muscle weakness and hearing loss. The risk of complications drops significantly with prompt and proper treatment. The longer the person has to wait for treatment, the smaller the chances of making a complete recovery.

The singer had this to say in the video on his instagram, “”For those frustrated by my cancellations of the next shows, I’m just physically, obviously not capable of doing them,” he said. The singer added, “My body’s telling me I’ve got to slow down. I hope you guys understand.” 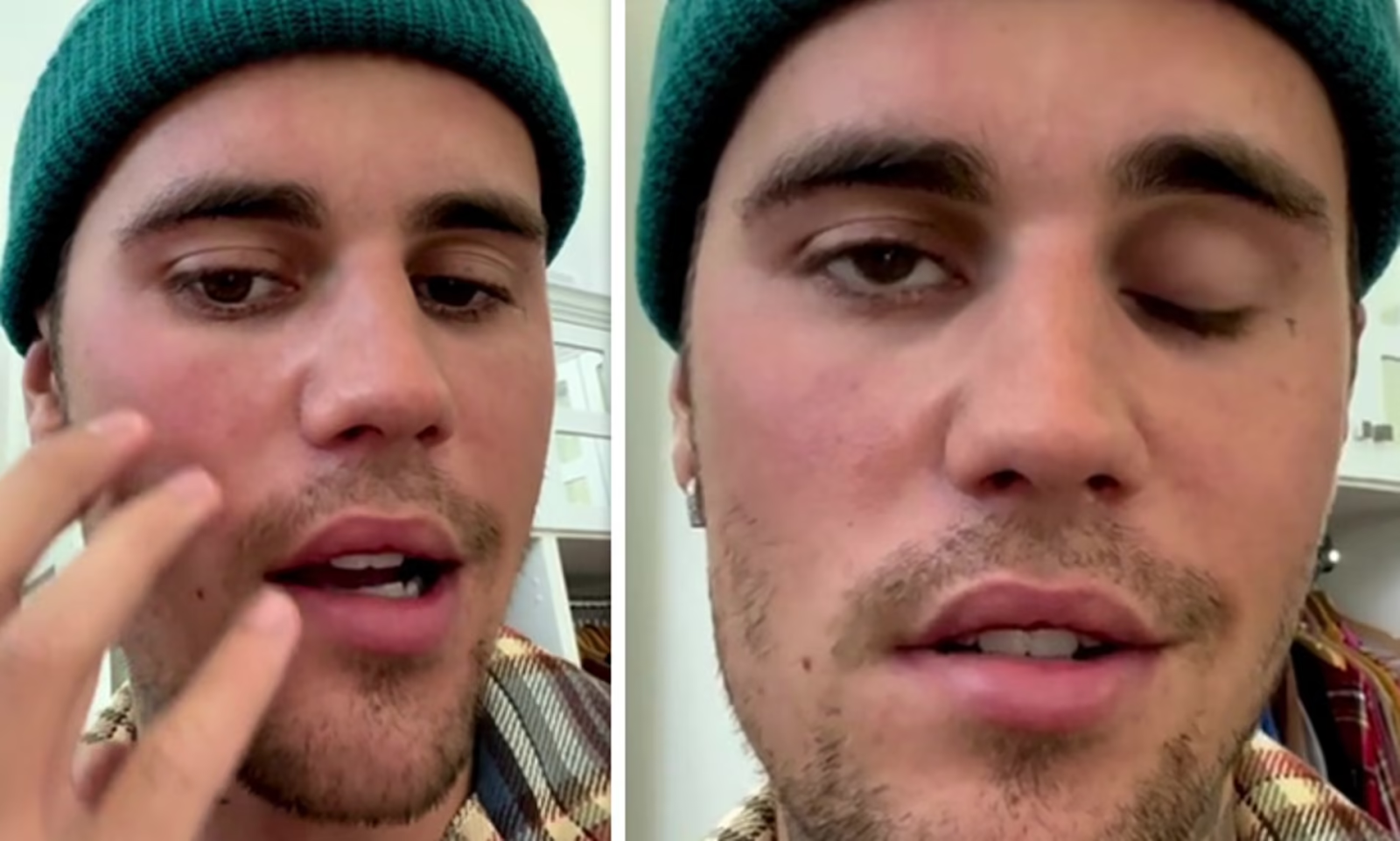 Showing a positive approach to the problem, Bieber said he has started the treatment and wants to make full recovery through rest and therapy.

“I’ll be using this time to just rest and relax and get back to a hundred percent, so that I can do what I was born to do,” he said.