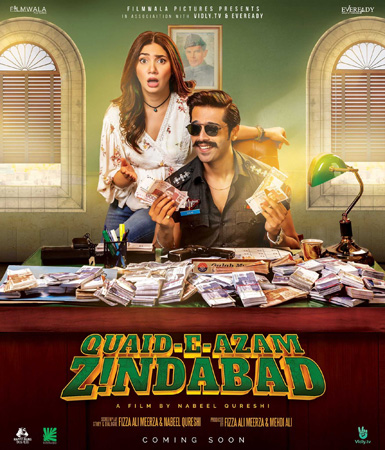 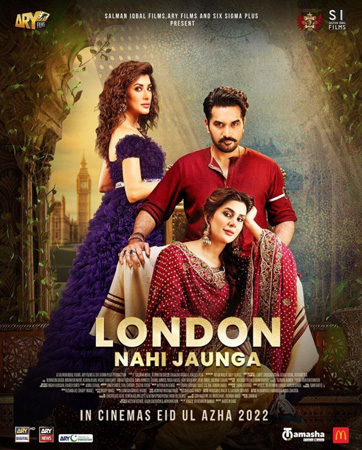 It is an exciting time for cinephiles as many movies are being released this summer. The most -anticipated movie being released in recent weeks is Thor: Love and Thunder. Fans are excited to see their favourite avenger Thor return to the big screen in a solo film.  The movie will also feature Christian Bale, who plays the role of the villain, Gorr the God Butcher. Other fan favourites like  King Valkryie (Tessa Thompson), Korg (voiced by director Taika Waititi) and Jane Foster (Natalie Portman) will also be reprising their roles, with jane foster seemingly taking up the mantle of the “God of Thunder.”

However, this won’t be the only movie being shown during Eid this season. Khalil-ur-Rehman Qamar and Nadeem Baig’s “London Nahi Jaunga” staring Humayun Saeed will soon hit the big screens. Along with Saeed, the film also features Mehwish Hayat and Kubra Khan. London Nahi Jaunga was shot across Pakistan, Turkey and the United Kingdom. The film is the sequel to the previous film “Punjab Nahi Jaungi”, also starring Mehwish Hayat.  The trailer showcased many heart-wrenching songs and dance numbers. With multiple fight sequences, hilarious one-liners, and a mysterious plot about a family tragedy, the film is sure to be an entertaining story on Eid.

Another film that promises several fights and climactic sequences with a bike chase is  Fizza Ali Meerza and Nabeel Qureshi’s Quaid-e-Azam Zindabad. Filled with big names in the Pakistani film industry, Fahad Mustafa and Mehwish Hayat, the movie is sure to be a big crowd-pleaser and released on Eid-ul-Azha.

Now we are all thinking about it. Are we going to see another round of local celebrities vs Marvel movies? We all remember how many Pakistani celebrities condemned the release of Dr Strange as it was drawing attention away from their movies being released simultaneously and demanded that the public go out and watch their movies to support the local industry.

What ended up happening was that many people ended up criticising the quality of the Pakistani films being released and demanded that producers and writers up their game instead of constantly producing Bollywood knock-offs. Many films and dramas indeed continue to drag out the same age-old plot points of marriage and divorce. Although, with the release of many good Pakistani films, people are very excited about the new releases.

Only time will tell how well these films perform against yet another sequel in an already massive franchise of superhero films.