Everyone has their eyes glued to their TV screens as Pakistan watches the political scenario change like a Netflix series. From decisions being made in living rooms to courtrooms and even meetings in Dubai, this Netflix series has it ALL.

Let’s take it to step by step as we briefly walk you through the scenarios which took place.

IT ALL STARTED WITH A VOTE OF NO CONFIDENCE

It was the first time in the history of Pakistan that a sitting Prime Minister was shunned from a Vote of No Confidence.

It seems that the political parties even after years and decades of being in the government and seeing the constitution have been making decisions and misreading the constitution. The supreme court has stepped in twice now and dealt with situations completely by the book. At first, they declared the ruling of the deputy speaker of the National Assembly as unlawful as he called the VONC a move, a conspiracy against Pakistan.

And this time around the Supreme Court declared the vote dismissal during the Provincial Assembly elections of Punjab as unlawful. This dismissed Hamza Shahbaz as the Chief Minister of Punjab and made Pervez Elahi the new CM of Punjab.

Politics, as mentioned before is a game of thrones. And who will sit on the throne? is decided in a living room. The famous living room conversation between former President Asif Ali Zardari and former Prime Minister Chaudhry Shujaat was the heat of the moment in the history of the Politics of Pakistan. 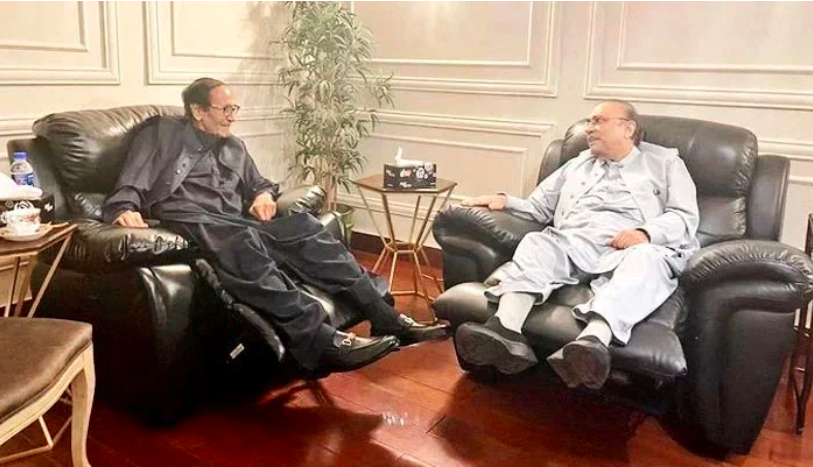 If you thought this was it, we all know, that all-important conversation takes place in Dubai. Asif Ali Zardari has flown to Dubai to attend his Grandson’s birthday. Sources say that he is out there to meet a very important personality of the country and is being convinced for early elections. But who is he meeting?

This game of thrones amongst the political parties has been wreaking havoc on the economy. As everyone fights to sit on the throne and call each other out as if they’re on the right side of history, the economy of Pakistan has become a neglected child. As the Rupee depreciated Rs 35 against the Dollar in just two months, Pakistan needs to reprioritize the things it’s fighting for.